A first of its kind playground meets gaming shop, curated by Smartech, launches in the iconic Corner Shop in line with Selfridges reopening

This December, Selfridges is set to launch its first ever gaming destination, Playhouse by Smartech. Smartech will take up residency in the Corner Shop of the Oxford Street store from Wednesday 2nd December for a total of four weeks.

The Playhouse concept will see the space transformed into a playground, showcasing the future of gaming, bringing the virtual world into a ‘phygital’ experiment. Innovative applications of established technologies will create mixed reality experiences that merge digital and physical touchpoints.

Both experienced and first-time gamers are welcome at the playground-meets-gaming shop to discover and try everything from the latest must-haves including PlayStation 5, Xbox and Spectacles by Snapchat, to quirky Nintendo games, retro arcade games and exclusives from the most exciting start-ups within the industry on mobile and PC that might otherwise be missed. Full of Instagrammable moments, such as multisensory VR and play booths, the shop is set to surprise and delight from the moment visitors’ step inside.

As part of the launch, Playhouse has developed an immersive AR game experience exclusively for Selfridges, combining virtual and augmented reality technology. Players step into a mixed reality world using the AR game available on both @theofficialselfridges and @smartechworld Instagram channels. By scanning a QR code at the front of the Oxford Street store, or at home, users will be able to interact and play with alpacas from the game in the real world. The AR alpaca feature ‘throws’ gifts at players who can try to catch as many as possible on their smartphone to be in with a chance to win the ultimate game bundle from Smartech: a Ps5, Oculus Quest 2 and Snapchat Spectacles V3.

Beyond the interactive games and latest consoles, the Playhouse mission is clear: to unite and inspire the world through play. With every activation, the aim is to create a captivating experience that brings people together, which doesn’t go by the old rule books. “At Playhouse, we bring life and excitement to the future of gaming. We’ve designed a new kind of gaming shop, centred all around play. Imagine stepping into a cartoon or a house of play, you enter into another world for a while. It’s all about nostalgia, creativity, imagination and happiness – everything gaming represents. We let these conversations transpire into meaningful, unforgettable and playful experiences” says Smartech Co-Founder & CEO, Nathalie Bernce.

Selfridges Technology Buying Director, Martyn Stroud, comments: “We’re excited to be welcoming customers back into store with the addition of our first gaming destination; a place where people can try out the latest in must-have consoles as well as innovations from top start-up brands and the exclusive AR alpaca game. This Christmas Selfridges is reimagining festive traditions and the Playhouse concept brings that to life, offering extraordinary experiences alongside one-of-a-kind gift ideas housed in our iconic Corner Shop space.”

Stepping back to consider the wider gaming sector, it’s a market with vast potential. By 2021, the global video games market is estimated to surpass a total value of $138bn (£105bn, €121bn), while some 64% of the population describe themselves as gamers. (Sources: Statista, Nielsen)

Over the four-week period, Playhouse will see each day playing host to something new; from live stream sessions and tournaments, to healthy gaming talks and coding workshops. All events are free of charge but with limited spaces, so registration is advised.

The Playhouse by Smartech will run in The Corner Shop until 3rd January 20, after which it will move to a permanent location within Selfridges Oxford Street. The range will also be available at selfridges.com and smartech.buzz.

Oculus Quest 2, the next generation of all-in-one VR. Quest 2 pushes the state of VR forward with a redesigned all-in-one form factor, new Touch controllers and our highest-resolution display ever. Featuring a blazing-fast processor and next-gen graphics, the Oculus Quest 2 allows you to play, explore and create with access to the full library of Quest games and content. If you’re working from home, Quest 2 can also assist you with productivity through its Work from Home collection of featured apps. It delivers fresh experiences for enthusiasts and new opportunities for developers, all while introducing immersive gaming to newcomers across the globe. Explore awe-inspiring games and experiences with unparalleled freedom. Untether your expectations.

Meet Spectacles: a camera inspired by the human eye and powered by your imagination. They’re a step closer to a camera that can interact with the world around you. Inspired by the Two HD cameras capture 3D photos and videos at 60 fps while four built-in microphones record immersive, high-fidelity audio. The Spectacles allows you to capture your world in 3D and then relive it with your 3D Viewer. Inspired by the human eye, the Images from both cameras combine to build a geometric map of the world around you. With this new sense of depth perception, you can experience – and reimagine – your memories like never before. With a new form of capture, comes a new depth of creativity.  Photos and videos wirelessly sync to your phone, where you can edit and transform them with a new suite of 3D effects on Snapchat. Discover a new way to look. Your world, the way you see it.

Introducing the all new Playstation 5 by Sony. The PS5 console unleashes new gaming possibilities that you never anticipated. Marvel at incredible graphics and experience new PS5 features and breathtaking immersion. Discover a deeper gaming experience with support for haptic feedback, adaptive triggers and 3D Audio technology. Play has no limits. It’s the most highly anticipated console launch in years. The PlayStation 5 is currently only available through pre-orders that can be made online and in-store. You can register your interest at smartech.buzz now with a limited release coming very soon.

Fnatic is a global esports performance brand, laser-focused on seeking out, levelling up and amplifying gamers and creators. Today, driven by their ability to advance esports performance, Fnatic is the channel through which the most forward-thinking brands communicate with young people. Playhouse will house a wide range of their merch, gear and apparel. Ranging from fast, light and most compact mechanical keyboard to their elite esports performance enhancing mousepad. ‘Fnatic Gear’ consumer products continue to level up and amplify the gaming performance of users all across the globe. By pioneering the intersection of street culture and esports with merch collaborations, Fnatic continues to lead the industry, now at Playhouse. 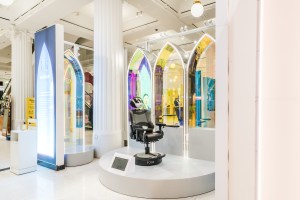 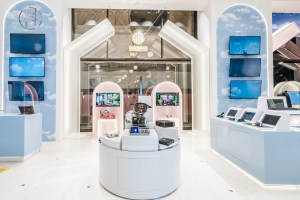 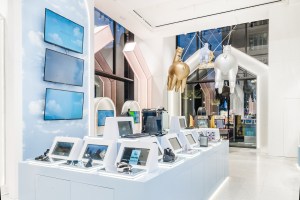 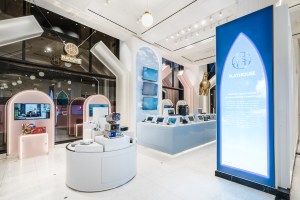 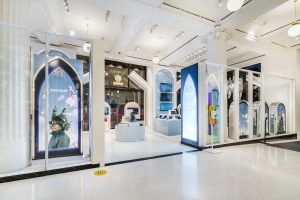