Located within Menswear on 1, the space designed by Jerry Lorenzo, in partnership with Willo Perron of Perron-Roettinger, incorporates the same spirit as Fear of God’s Los Angeles HQ, keeping the distinctive shapes, pieces, warmth, and tone.

The space will be home to Fear of God’s mainline collection, featuring the brand’s Italian-made suiting, hand-knits and accessories, paired with American-made sportswear.

Custom mirror-finished stainless-steel racks and bladed shelving set against matte grey plaster walls and warm grey carpet serve as the foundational canvas of the space, showcasing the Fear of God’s modern vision of menswear rooted in the easy elegance of American luxury.

“We worked closely with Willo Perron’s team who we partnered with on designing and concepting our HQ in LA. We wanted to extend the same spirit of our local environment to our retail space in London, keeping the same shapes and tones and allowing the pieces in the space to remain honest to the materials they are made up of. The goal was to find a way to tie a beautiful thread between all these pieces so that somehow, when they are in the space, they speak the same language.” says Jerry Lorenzo, Founder of Fear of God.

“We wanted to create something custom to the Selfridges’ space that kept the DNA of The Fear of God headquarters. The language is based in pure materials and simple geometric forms, all in natural tones, a nod to the essentialism of the collection.” says Willo Perron, Partner at Perron-Roettinger.

“We are thrilled to open the world’s first permanent Fear of God store at Selfridges, Oxford Street. Jerry Lorenzo’s distinct vision for the brand continues to redefine the meaning of American luxury.” says Bosse Myhr, Director of Womenswear and Menswear at Selfridges. 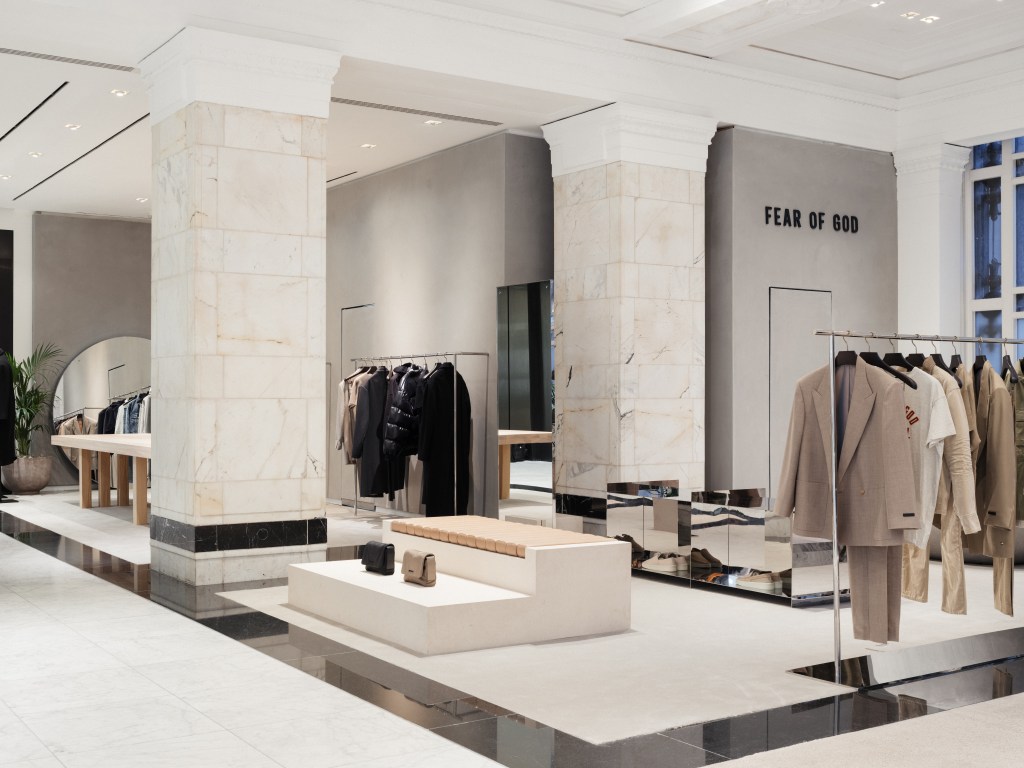 About Fear of God

Fear of God is an independent American luxury fashion label, founded in 2013 in Los Angeles by Jerry Lorenzo. Crafting timeless, wearable garments, the brand’s distinct interpretation of the American expression has become an emblem of contemporary culture. Converging American archetypes like the varsity athlete, the California skater, and Wall Street businessman; Fear of God pays homage to their unique heritage with a contemplated and sophisticated fusion through high-grade materials and fine craftsmanship. www.fearofgod.com

About The 7th Collection

For the Seventh Collection, Fear of God introduces suiting, knits, and accessories for the first time in the brand’s narrative. By re-envisioning formalwear through the lens of American sportswear, traditional tailoring is transformed, adapted, and updated in the form of transitional and trans-seasonal fits, to create an easy and sophisticated wardrobe for the modern man. One of the hero pieces is the California blazer, constructed with a voluminous fit featuring a dropped lapel crotch, balanced with a lightweight feel, redefining the classic sport coat. 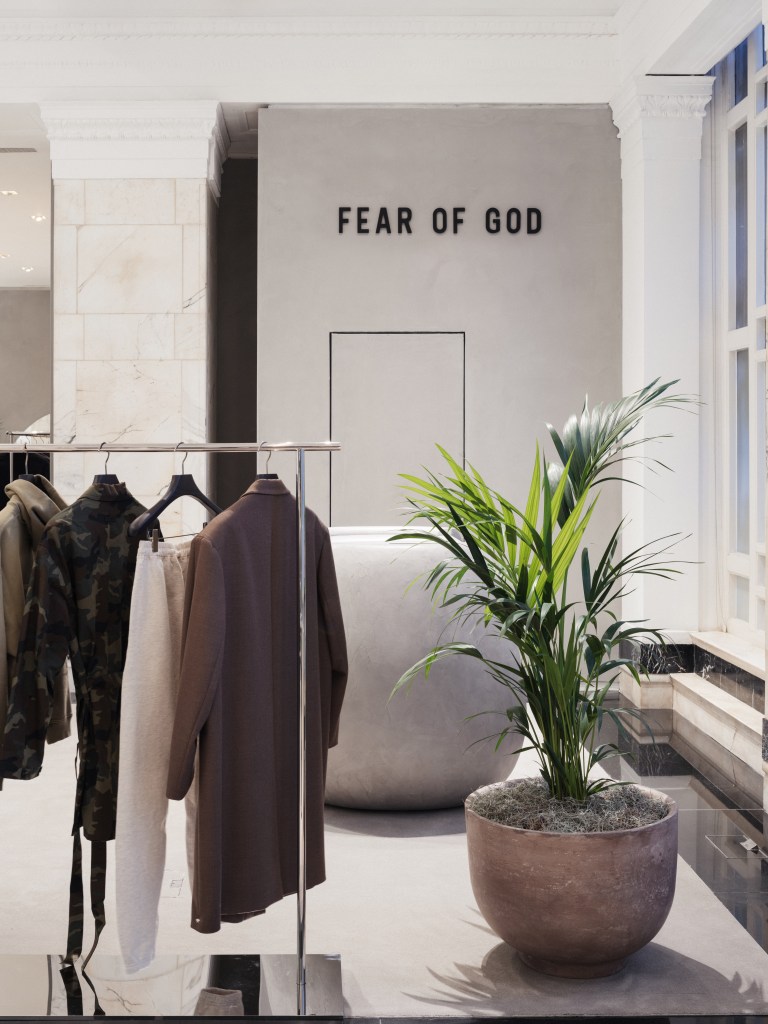