Central, a family-owned retail, real estate and hospitality group and Signa, one of Europe’s leading real estate and retail groups, have entered into a definitive agreement to acquire Selfridges Group, a leading luxury retail group, from the Weston family.

The transaction will see Selfridges Group become part of the combined Central and Signa portfolio of luxury department stores, which owns Rinascente in Italy, Illum in Denmark, Globus in Switzerland and The KaDeWe Group, which operates in Germany and Austria (starting in 2024). The pro-forma annual turnover for the combined department stores portfolio was EUR 5 billion in 2019 and is projected to grow to more than EUR 7 billion by 2024.

The combination will create a complementary portfolio of leading European luxury department stores, which will enable innovation know-how and knowledge-sharing to be shared across different locations.

The late W. Galen Weston acquired the world-famous Selfridges store in 2003. He formed Selfridges Group in 2010, bringing his five heritage department store brands under one group. Working closely with his daughter, Alannah Weston, and the leadership team, Weston invested heavily in his vision for a world-renowned group of luxury department stores, charging the management team with the complete transformation of each business into the globally recognized, iconic omni-channel brands that they are today. The Weston family and the Selfridges Group leadership team have led the way in reinventing retail, placing creativity, customer experience and sustainability at the heart of their strategy.

Central and Signa will operate all the stores in Selfridges Group including Selfridges, de Bijenkorf, Brown Thomas and Arnotts, which will continue to be run by the existing leadership teams, as well as their e-commerce platforms and operating companies. The Canadian business, Holt Renfrew, will remain with the Weston family.

The Central and Signa 50/50 partnership will build on Selfridges’ strong foundations and luxury online customer offering, developing an integrated and compelling omni-channel proposition, with exclusive and market-leading online stores as an extension of the physical stores.

Tos Chirathivat, Executive Chairman and CEO of Central, said: “It is a privilege to be acquiring Selfridges Group, including the flagship Oxford Street store, which has been at the centre of London’s most famous shopping street for over 100 years. As family businesses, Central and Signa will focus on delivering exceptional and inclusive store and digital experiences for both local residents and overseas visitors alike, to ensure we can give all the stores in Selfridges Group a bright future for the next 100 years. We are looking forward to working with the management teams and the colleagues across Selfridges Group, as we seek to create a world-leading luxury, retail company.”

Dieter Berninghaus, Chairman of the Executive Board of Signa, said: “We are excited to be acquiring Selfridges Group in partnership with Central. Together we will work with the world’s leading architects to sensitively reimagine the stores in each location, transforming these iconic destinations into sustainable, energy-efficient, modern spaces, whilst staying true to their architectural and cultural heritage. We plan to fulfil the vision of the late Galen Weston to deliver his masterplan and create a high-quality experience retailing environment for our customers and brand partners.”

Alannah Weston, Chairman of Selfridges Group, said: “The acquisition of Selfridges Group by Central and Signa is testament to the successful realisation of my father’s vision for an iconic group of beautiful, truly experiential, department stores. Creative thinking has been at the heart of everything we did together for nearly twenty years and sustainability is deeply embedded in the business. I am proud to pass the baton to the new owners who are family businesses that take a long-term view. I know they will fully embrace that vision and continue to empower our incredible team to take the Group from strength to strength.”

Stefano Della Valle, Chairman of CGE Investments Limited (Central Group Europe), commented: “Selfridges Group is Central and Signa’s second department store acquisition during the Covid-19 global pandemic, and this represents a huge vote of confidence in both city centre retail and the future of the department store.”

“These incredible stores are interwoven into the fabric of city life. We take a long-term view that people live and visit cities because they want to socialise, eat, drink, shop and enjoy incredible experiences and we are confident that when the pandemic recedes, these joys in life will return. Selfridges Group is an incredible addition to our portfolio, and I am confident that we can build on the already strong foundations with leading-edge customer data, innovative new loyalty schemes and a strong omni-channel offer to further grow the business.”

Anne Pitcher, Global Managing Director of Selfridges Group, said: “I am proud that over the last two decades of Weston Family ownership, we have built Selfridges Group into the sustainable, innovative and world-leading retail group it is today. Our relationships with our brand partners have never been stronger; our e-commerce platforms are well-invested and going from strength to strength; and our sustainability initiatives position us at the forefront of reinventing retail. We could not have done any of this without our teams and I would like to place on the record my thanks, to every one of them for helping make this business what it is today.”

“We are joining an impressive group of leading luxury department stores across Europe presenting a fantastic opportunity for the business and reinforcing our leading status and position in global retail.”

The parties expect closing to occur upon the receipt of regulatory approvals and the satisfaction of other closing conditions.

CENTRAL and SIGNA are working together exclusively in Europe to acquire Selfridges Group as partners, leveraging their complementary capabilities built on a firm partnership as leaders in the real estate and retail industry.

Thailand-based CENTRAL, owned by the Chirathivat family for four generations, is a leading multi-format and multi-category retail group focusing on physical and digital retail formats, hotels, restaurants and real estate across Southeast Asia and Europe. CENTRAL began its expansion into Europe with the acquisition of Rinascente in 2011. After acquiring the Danish department store Illum in 2013, CENTRAL partnered with SIGNA to jointly invest in and develop The KaDeWe Group in 2015, followed by Globus in 2020. As a result, Europe has become a key market and strategic focus for CENTRAL, with significant senior management presence across various locations, including London.

SIGNA Holding founded in the late 1990´s is a leading European real estate and retail group which is fully privately owned.

SIGNA Retail Selection AG, Switzerland holds various retail businesses and employs more than 36,000 people across its retail operations in Germany, Austria and Switzerland. Signa Retail is one of the leading omni-channel retail groups in Continental Europe. Its loyalty program with more than 15 million members is one of the largest of its kind. The group achieves an annual retail turnover of more than €8 billion (2021/22) of which approximately a quarter is generated online. The SIGNA Retail portfolio comprises banners like KaDeWe Group, GLOBUS and the NYSE listed SIGNA Sports United, the world’s leading sports e-commerce and technology platform.

SIGNA Real Estate is one of the biggest property owners and real estate developers in Europe with a strong focus on Germany, Austria, Switzerland and Italy and has created over the last 20 years an unparallel track-record in real estate development. SIGNA´s property portfolio is well diversified across residential, office, high-street retail and hospitality and includes some of the most prestigious ultra-prime assets such as the KaDeWe luxury department store and the UPPER West Tower in Berlin, the Park Hyatt, Goldenes Quartier and the iconic Postsparkasse in Vienna, Alte Akademie & Oberpollinger in Munich, the famous Hotel Bauer in Venice and the legendary Chrysler Building in New York. The combined gross asset value of SIGNA Real Estate amounts to more than €24 billion. SIGNA doesn’t just focus on the individual property; it reconceptualizes issues such as urban development, sustainability, diversity of use, networking and mobility.

Selfridges Group is a collection of international department stores that exist to imagine and create a sustainable future for their people and customers. With 25 stores worldwide across 5 brands, Selfridges Group includes Arnotts and Brown Thomas in Ireland, de Bijenkorf in the Netherlands, Holt Renfrew in Canada, and Selfridges in the UK. Each brand has a distinct history and story, united by the creativity and innovation that has made Selfridges Group the world leader in experiential retail. The Group combines a unique and engaging customer experience in iconic stores with a scaled digital offer with global reach.

Selfridges Group is a recognised leader in driving the sustainability agenda with ground-breaking campaigns Project Ocean and Project Earth launched in 2011 and 2020 setting new standards for the retail sector. Ground-breaking initiatives such as Resellfridges and Circular Room have helped ensure the business continues to set the pace as customers think more about circularity.

Selfridges was founded by Harry Gordon Selfridge, changing the world of retail forever when the first store was opened on Oxford Street in 1909. Since then, the brand has opened three stores in Manchester and Birmingham.

Selfridges has been a key reinventor of retail with innovation across in-store experiences and brand partnerships with leaders in luxury. This includes Dior at Alto rooftop collaboration, the opening of Selfridges Cinema, and helping to launch industry disruptors and emerging retail innovators including Charlotte Tilbury and Pangaia.

A leader in sustainability, Selfridges launched its sustainability strategy with Project Ocean in 2011, a complete store takeover spearheaded by Alannah Weston that raised awareness of the issue of overfishing and ocean pollution. In 2020, the brand’s sustainable credentials grew further with the launch of Project Earth, marking a new chapter in the brand’s history – the start of a challenging yet vital journey to change the way we shop. The initiative builds on the industry-leading steps Selfridges has taken over the last 10 years to place sustainability at the heart of the business by committing to reinventing materials, models and mindsets underpinned by the Company’s commitment to Science Based Targets and to achieve Net-zero carbon by 2040 in line with the Paris Agreement.

Selfridges has been transformed in line with a long-term vision that harks back to the core principles of Harry Gordon Selfridge himself, whose high standards of style, service and desire to entertain run through each store today. Selfridges was named “Best Retailer” at the Positive Luxury Awards 2020, a “Best 25 Big Company To Work For” 2020 as awarded by The Sunday Times, and voted “Best Department Store in the World” at the Global Department Store Summits 2010, 2012, 2014, 2018. From weddings to the skate bowl, Selfridges continues to generate new ways to surprise and amaze its customers in London, Manchester, Birmingham and at selfridges.com.

Brown Thomas is a longstanding pillar of Irish retailing opening its first site in Grafton Street in 1849. The business was the first to be acquired by the Weston Family in the creation of Selfridges Group, bought by Galen Weston in 1971. With a landmark store on Grafton Street, at the heart of the capital’s shopping district, Brown Thomas Arnotts offers a range of designer brands in Menswear, Womenswear, Accessories, Beauty and Homewares. It is the ultimate destination for shopping and socialising and is heralded as the reference point for luxury in Ireland. The brand continues to successfully grow in the market with the long-anticipated Brown Thomas Dundrum store opening in 2022 alongside the recent Arnotts Flagship Refurbishment. Arnotts joined Selfridges Group in 2015 and continues to build upon its unique heritage.

De Bijenkorf
De Bijenkorf is an inspiring, surprising and creative omnichannel destination, offering accessible luxury to customers in seven stores across the Netherlands. Founded in 1870, de Bijenkorf blurs the boundaries between commerce and culture continuing to surprise the market with a curated range of fashion, design and beauty brands. The brand was acquired by the Weston family in 2011 and since then has continued to see ever changing activations including the Room on the Roof artists residents. 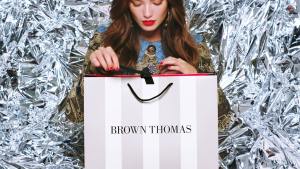 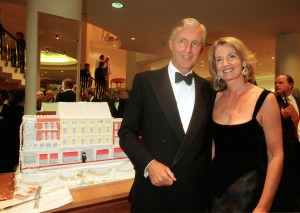 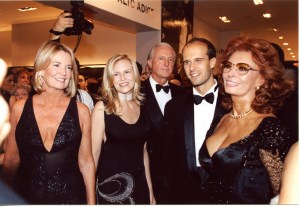 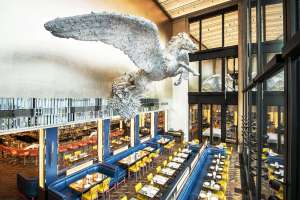 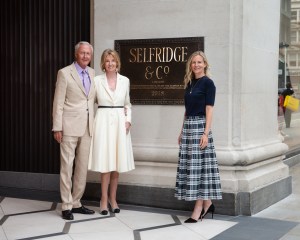 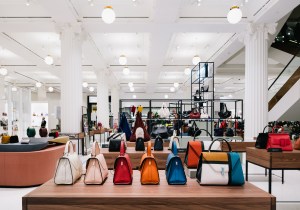 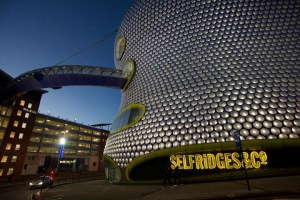 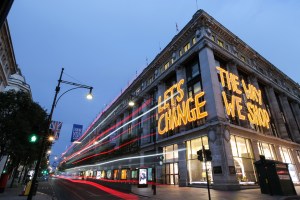 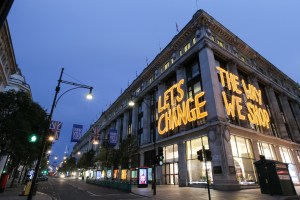 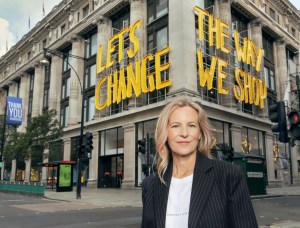 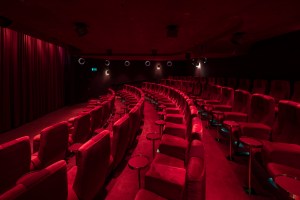 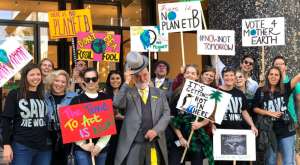 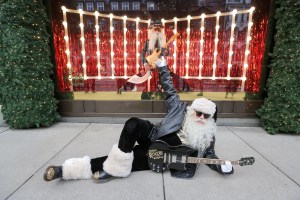 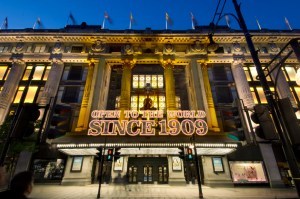 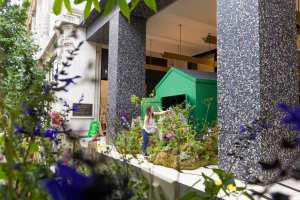