Following the announcement in December 2021, Central Group and Signa Holding today have completed the acquisition of the luxury retailer, Selfridges Group, from the Weston Family. This transaction has created one of the world’s leading luxury department store groups, with presence in 8 countries in Europe and flagship stores in the cities’ most sought after locations, particularly the iconic Selfridges Oxford Street – the #1 shopping destination in the heart of London which occupies an entire city block.

Selfridges Group portfolio, which comprises 18 stores under 4 banners in 3 countries, namely Selfridges in England, Brown Thomas & Arnotts in Ireland, and De Bijenkorf in the Netherlands, will be integrated with Central and Signa’s combined existing portfolio of 22 luxury department stores and 2 new stores to open soon in Dusseldorf and Vienna. The current holdings comprise Rinascente in Italy and Illum in Denmark, which are wholly owned by Central Group, and KaDeWe, Oberpollinger, and Alsterhaus in Germany, and Globus in Switzerland, which are jointly owned by Central Group and Signa Holding. The integration will also include Selfridges Group’s unrivalled e-commerce platforms, which draw over 30 million online visitors monthly and ship to over 130 countries worldwide.

Stefano Della Valle, Chief Executive Officer of Central and Signa’s luxury department store group in Europe, will lead Selfridges Group under his expanded role. Anne Pitcher, current Managing Director of The Selfridges Group, will as already planned remain in the Company’s leadership team until the end of the year to ensure a smooth integration into the newly formed group.

Tos and Dieter together said:

“We are long-term investors with a well-established partnership and shared vision to reshape and reinvent the luxury retail industry. We are committed to create the world`s leading luxury omni-channel platform for all our customers through both online and offline channels. We are excited to meet and work with our new colleagues, as well as brand partners to achieve this vision.”

CENTRAL and SIGNA are working together exclusively in Europe to acquire Selfridges Group as partners, leveraging their complementary capabilities built on a firm partnership as leaders in the real estate and retail industry.

Thailand-based CENTRAL, owned by the Chirathivat family for four generations, is a leading multi-format and multi-category retail group focusing on physical and digital retail formats, hotels, restaurants and real estate across Southeast Asia and Europe. CENTRAL began its expansion into Europe with the acquisition of Rinascente in 2011. After acquiring the Danish department store Illum in 2013, CENTRAL partnered with SIGNA to jointly invest in and develop The KaDeWe Group in 2015, followed by Globus in 2020. As a result, Europe has become a key market and strategic focus for CENTRAL, with significant senior management presence across various locations, including London.

SIGNA Holding founded in the late 1990´s is a leading European real estate and retail group which is fully privately owned.

SIGNA Retail Selection AG, Switzerland holds various retail businesses and employs more than 36,000 people across its retail operations in Germany, Austria and Switzerland. Signa Retail is one of the leading omni-channel retail groups in Continental Europe. Its loyalty program with more than 15 million members is one of the largest of its kind. The group achieves an annual retail turnover of more than €8 billion (2021/22) of which approximately a quarter is generated online. The SIGNA Retail portfolio comprises banners like KaDeWe Group, GLOBUS and the NYSE listed SIGNA Sports United, the world’s leading sports e-commerce and technology platform.

SIGNA Real Estate is one of the biggest property owners and real estate developers in Europe with a strong focus on Germany, Austria, Switzerland, Italy and recently New York & London and has created over the last 20 years an unparallel track-record in real estate development. SIGNA´s property portfolio is well diversified across residential, premium office, high-street retail and hospitality and includes some of the most prestigious ultra-prime assets such as the legendary Chrysler Building in New York, the famous Hotel Bauer in Venice, the KaDeWe luxury department store and the UPPER West Tower in Berlin, the Park Hyatt, Goldenes Quartier and the iconic Postsparkasse in Vienna and Alte Akademie & Oberpollinger in Munich. The combined gross asset value of SIGNA Real Estate is close to €30 billion. SIGNA doesn’t just focus on the individual property; it reconceptualizes issues such as urban development, sustainability, diversity of use, networking and mobility.

Selfridges Group is a collection of international department stores that exist to imagine and create a sustainable future for their people and customers. With 18 stores worldwide across 4 brands, Selfridges Group includes Arnotts and Brown Thomas in Ireland, de Bijenkorf in the Netherlands, and Selfridges in the UK. Each brand has a distinct history and story, united by the creativity and innovation that has made Selfridges Group the world leader in experiential retail. The Group combines a unique and engaging customer experience in iconic stores with a scaled digital offer with global reach.

Selfridges Group is a recognised leader in driving the sustainability agenda with ground-breaking campaigns Project Ocean and Project Earth launched in 2011 and 2020 setting new standards for the retail sector. Ground-breaking initiatives such as Resellfridges and Circular Room have helped ensure the business continues to set the pace as customers think more about circularity.

Selfridges was founded by Harry Gordon Selfridge, changing the world of retail forever when the first store was opened on Oxford Street in 1909. Since then, the brand has opened three stores in Manchester and Birmingham.

Selfridges has been a key reinventor of retail with innovation across in-store experiences and brand partnerships with leaders in luxury. This includes Dior at Alto rooftop collaboration, the opening of Selfridges Cinema, and helping to launch industry disruptors and emerging retail innovators including Charlotte Tilbury and Pangaia.

A leader in sustainability, Selfridges launched its sustainability strategy with Project Ocean in 2011, a complete store takeover spearheaded by Alannah Weston that raised awareness of the issue of overfishing and ocean pollution. In 2020, the brand’s sustainable credentials grew further with the launch of Project Earth, marking a new chapter in the brand’s history – the start of a challenging yet vital journey to change the way we shop. The initiative builds on the industry-leading steps Selfridges has taken over the last 10 years to place sustainability at the heart of the business by committing to reinventing materials, models and mindsets underpinned by the Company’s commitment to Science Based Targets and to achieve Net-zero carbon by 2040 in line with the Paris Agreement.

Selfridges has been transformed in line with a long-term vision that harks back to the core principles of Harry Gordon Selfridge himself, whose high standards of style, service and desire to entertain run through each store today. Selfridges was named “Best Retailer” at the Positive Luxury Awards 2020, a “Best 25 Big Company To Work For” 2020 as awarded by The Sunday Times, and voted “Best Department Store in the World” at the Global Department Store Summits 2010, 2012, 2014, 2018. From weddings to the skate bowl, Selfridges continues to generate new ways to surprise and amaze its customers in London, Manchester, Birmingham and at selfridges.com.

Brown Thomas is a longstanding pillar of Irish retailing opening its first site in Grafton Street in 1849. With a landmark store on Grafton Street, at the heart of the capital’s shopping district, Brown Thomas Arnotts offers a range of designer brands in Menswear, Womenswear, Accessories, Beauty and Homewares. It is the ultimate destination for shopping and socialising and is heralded as the reference point for luxury in Ireland. The brand continues to successfully grow in the market with the long-anticipated Brown Thomas Dundrum store opening in 2022 alongside the recent Arnotts Flagship Refurbishment. Arnotts joined Selfridges Group in 2015 and continues to build upon its unique heritage.

De Bijenkorf is an inspiring, surprising and creative omnichannel destination, offering accessible luxury to customers in seven stores across the Netherlands. Founded in 1870, de Bijenkorf blurs the boundaries between commerce and culture continuing to surprise the market with a curated range of fashion, design and beauty brands. The brand was acquired by the Weston family in 2011 and since then has continued to see ever changing activations including the Room on the Roof artists residents. 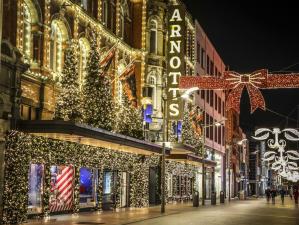 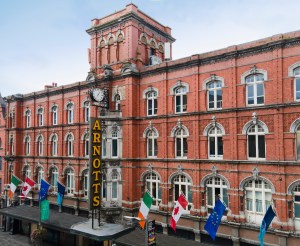 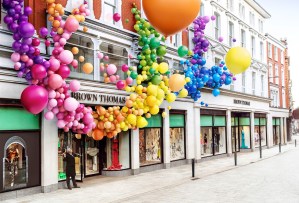 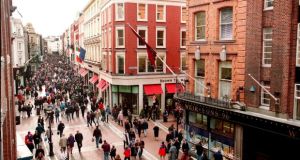 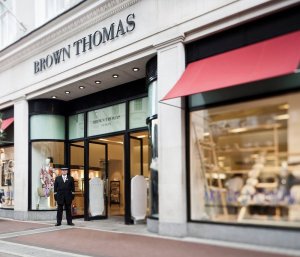 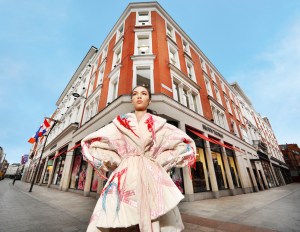 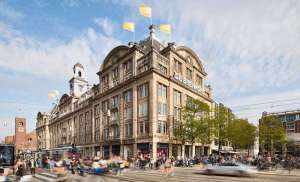 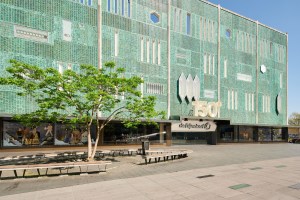 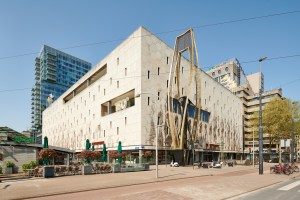 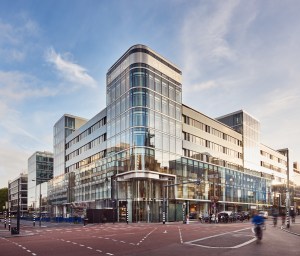 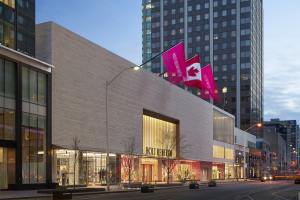 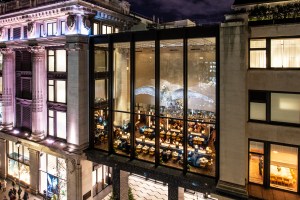 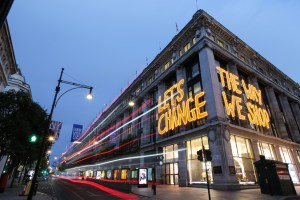 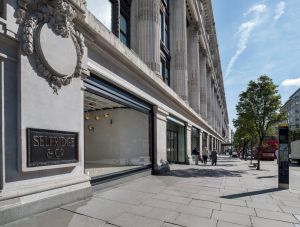