Selfridges has unveiled its new Thank You window display at its flagship Oxford Street store, designed by team members from across the UK, in celebration of the incredible work done by those who have kept the country going during the coronavirus pandemic.

The unveiling comes as Selfridges prepares to reopen its stores in London, Manchester, and Birmingham on Monday 15th June and underpins the belief the store has that empathy, kindness and togetherness should be expressed to those who have helped during the lockdown.  Made up of hundreds of unique posters inspired by stories on a national and local level, the creation of the window displays brings the Selfridges teams together to give thanks to those who have helped people and communities around the country at this difficult time.

To mark the reopening of its stores, Selfridges offered team members the opportunity to have their own messages of thanks displayed across its world-famous windows in London, Manchester and Birmingham as well as its digital channels. Dedicated to friends, families, colleagues, neighbours, NHS and key workers, hard-working delivery drivers, tireless check-out staff and kind strangers, these posters show a heartfelt note of appreciation from all at Selfridges.

Each poster design creates a patchwork quilt pattern, covering the store with a range of photography, illustration, graphics, collage and painted designs. The rainbow of colours used also echoes the Thank You NHS rainbows which have decorated the streets throughout the pandemic. The window displays are made from FSC certified paper and PVC free vinyl, which is Phthalate free, Chlorine free and has a solvent free adhesive. The collection and recycling of all products after use will be managed by LAWMENS Waste Management to ensure of their safe and environmentally friendly disposal.

The windows are an extension of the Selfridges #KindnessChallenge, a series of charitable initiatives aimed to support the communities in which Selfridges operates its stores. As part of the #kindnesschallenge, Selfridges invites its followers on social media to take a moment out of their day and the 24-hour news feeds to contribute to a ‘good deed feed’.  The challenge celebrates actions that people are taking to help themselves and others in a safe and responsible way.

Selfridges will reopen its four UK stores in London, Birmingham and Manchester on 15th June, warmly welcoming visitors and Selfridges team members safely back to store with extra health and safety precautions in place throughout. 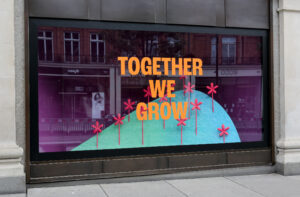 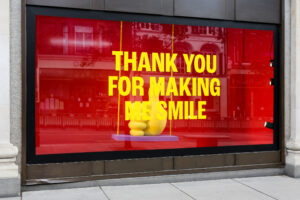 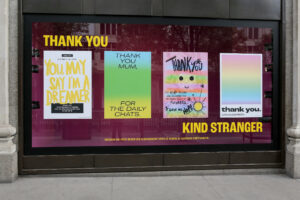 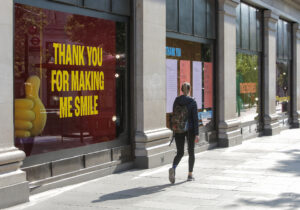 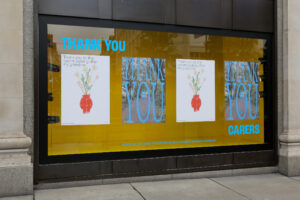 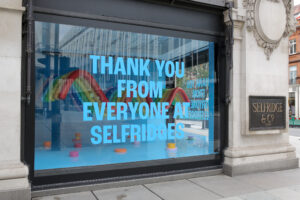 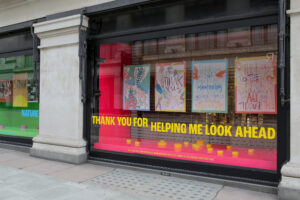 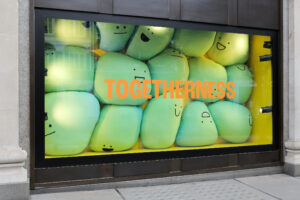 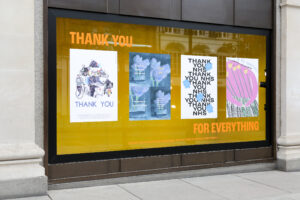